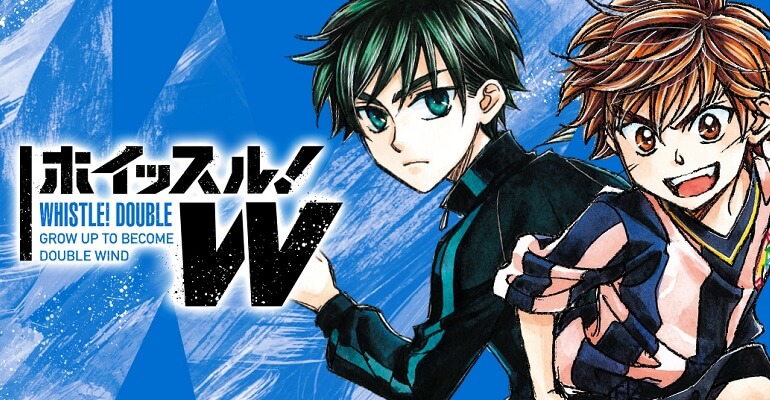 Daisuke Higuchi’s “Whistle! W,” aka “Whistle Double,” went on a temporary stop in April 2019 due to the author’s health issues. The manga has resumed on Monday after nearly two long years on Shogakukan’s Manga One App. The author explained that he took his time to recover and recharge.

The story is of the passion and dedication of two boys towards soccer. Tenjou Kouga is a 6th grader at Musashinomori elementary school with a good sense of soccer. However, the tables turn around him change when a soccer genius named Kurose Takumi transfers to his school and sparks a new passion for soccer inside Kouga!

Kōga Tenjō is from a good family with a famous soccer player as his father. Takumi Kurose is a guy who has faced hardship and struggle. It’s so soothing to see two different paths leading to their respective destination together.

The manga was launched in Ura Sunday and Manga One in September 2016. The manga’s fourth compiled book volume had been launched in January 2019.