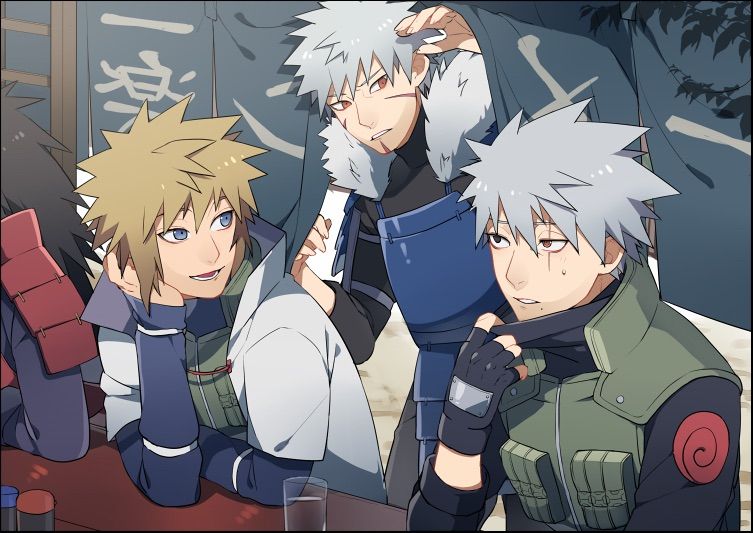 Narutoverse is filled with many awesome characters and Hatake Kakashi is one of the coolest characters in the Naruto Universe. We know a lot about our favorite Kakashi sensei. As we know how much he loves reading Icha Icha,  which was written by none other than Jiraiya. We know he has a small chakra reserve. We know about his Sharingan and a lot more.

Kakashi Guiden –  known as The Kakashi Side Story ~ A Boy’s Life on the Battlefield was a very popular arc in Naruto series. The arc told us a lot about Kakashi’s life during the 3rd great Shinobi war. This arc answers a lot of questions about his past. How he got the Sharingan? Who was his sensei, etc? But still many questions about the 6th Hokage is left unanswered – like How he eats with his mask on?

Who was Kakashi’s mother?

According to me, Kakashi’s mom must be someone from the Inuzuka Clan. Why? Well, there are multiple proofs in the anime that support this fan theory.

In the anime, Kakashi’s smelling ability is said to be equal to dogs. Being a hardcore Naruto fan most of us know only Inuzuka Clan is known to hold such abilities. Inuzuka clan members concentrate chakra to their noses which amplifies their sense of smell to a very great extent which allows the user to be able to detect, track and monitor targets from a  distance.

We have seen Kakashi summoning ninja dogs. Kakashi can summon 8 dogs at his will. However, these dogs are no ordinary dogs, these are the special ninja dogs who have abilities like using human language to talk, walking on water by concentrating chakra, develop combat strategies, and track down targets through smell. Kakashi can summon them for special purpose too, like while using Summoning: Earth Release: Tracking Fang Technique. This kind of special relationship with dogs can only be seen in the Inuzuka Clan.

Both the evidence shows that Kakashi has some kind of connection with the Inuzuka Clan. Most probably this link could be his mother.

What is Lemillion’s quirk? Will he get his quirk in My...

Who will win the match between Black Jackals vs Schwiden Alders?