Spoiler Guy
Home Theories Who will win the match between Black Jackals vs Schwiden Alders? 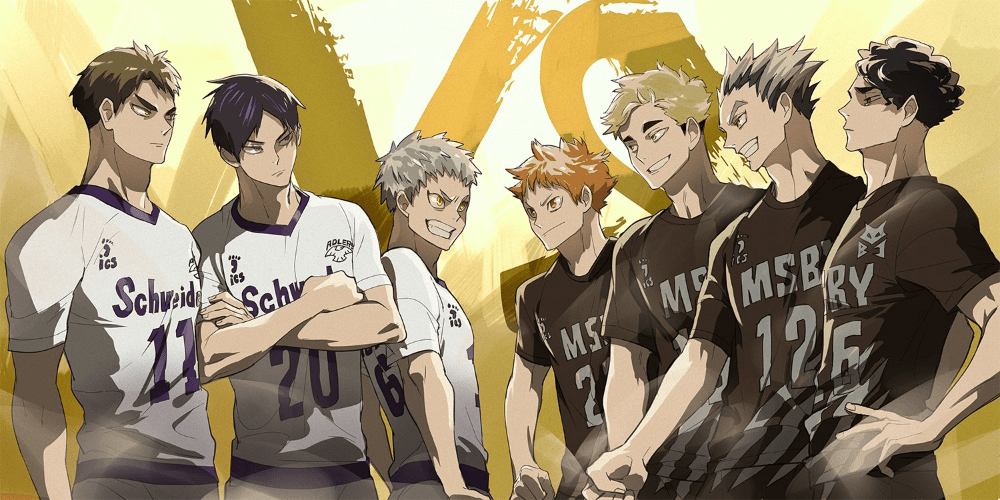 As manga is approaching towards the end of the arc- the biggest question would be- Who will win the match between Black Jackals vs Schwiden Alders? in Haikyuu? or Hinata vs Kageyama? let’s find out-

In chapter we see many familiar characters from the past, which including our Karasuno club members. We see that Kiyoko and Tanaka are married, coach Ukai and professor Takeda arrive with the new Karasuno club. The members of the jackals and alders are to shown to be having fun in the dressing rooms with no pressure what so ever. This brings back memories to the viewers with a teary eye. But all nostalgia aside, The match between The Black Jackals and Schwiden Alders begins with Hinata and Kageyama shaking hands before the main showdown.

Both teams have players highly motivated with an equal match up of Genius setters(Kageyama Tobio and Miya Atsum), Top-Tier Aces( Bokuto Kotaro, and Ushijima Wakatoshi) and our Little Giants (Hinata Shoyo and Hoshiumi Korai). This set-up is sure to have everyone on the edge of their seats.

The match begins with Kageyama’s monster serve. Just when everyone thought it was a sure point Hinata jumps in and receives it, he later goes on to hit a high spike showing off his presence. Everyone in the arena was shocked as it was his debut match. Hinata goes on to showcase his talent by tremendous blocking, receiving, and hitting quicker spikes. Not to forget our genius setter Kageyama finds out ways to pressurize the Jackals making the game interesting than usual. But all hopes are lost when the Jackals win the first set (25-20).

In the second set Kageyama, Romero, Ushijima, and Hoshiumi turn the game around. The Adlers bring their A-game by using Romero as their star due to his experience. Hoshiumi reveals his true speed and skills, Ushijima exhibits enormous power in spiking. Kageyama breaks through his defeat from their previous set and outshines the others. The Adlers end up winning the second set (21-25).

The Third set starts off with an amazing start for The Adlers as they come prepared after noticing The Jackals. But Atsumu changes things by taking the lead using his serves. The match tends to take several twists and turns. Later on all eyes turn towards Bokuto with his specialty straight attack. He remembers how grateful he is for being tossed to. The story later talks about Hoshiumi and height not being a problem for volleyball. The score is left at 20-19 with The jackals leading.

The Decider match was left on a cliffhanger with The Jackals in the lead. As far as the plot is concerned, Hinata has been given the most attention. The Adlers have Hoshiumi who is yet to play to his full potential and Kageyama who is desperately trying his best to take on his childhood rival Hinata and the Genius setter Atsumu Miya. Haikyuu has always taken its viewers by surprise by showing numerous unexpected endings to matches. But this is said to be the ‘Final Arc’ in the series, making it highly likely for the main protagonist’s team to win. It would be a tremendous disappointment if Hinata were to lose in the final match. So taking various perspectives into consideration it is The Black Jackals that will take the win in the final match.