Spoiler Guy
Home Discussion Why did Eren Laugh at Sasha’s Death in Attack on Titan Manga... 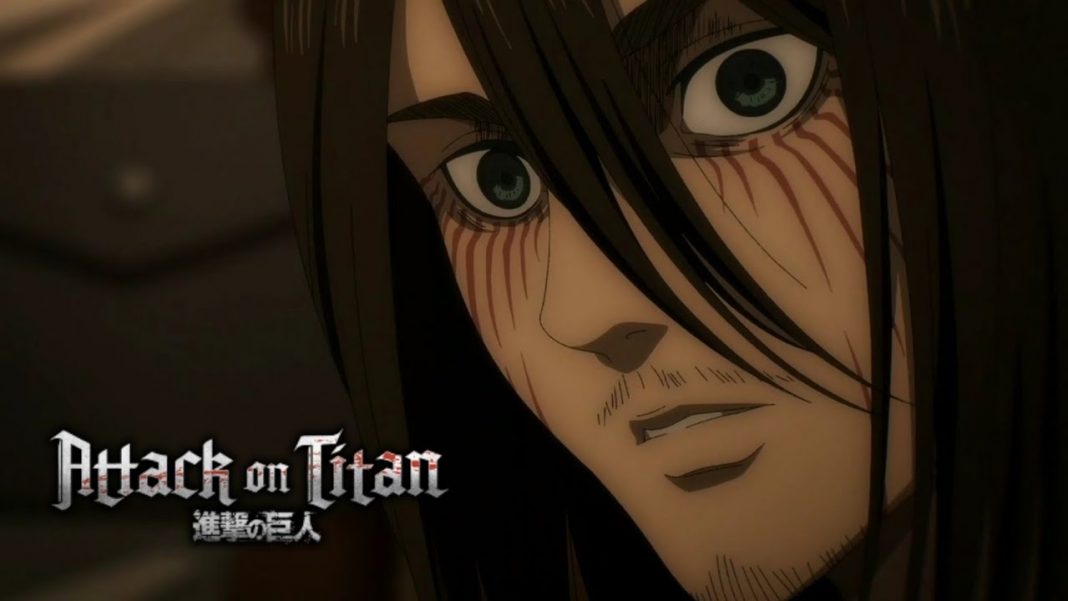 I believe you are here either after reading chapter 105 or watching the recent Attack on Titan episode where Sasha died. As of now, Attack on Titan manga is at its climax. Chapter 137 of the manga just got out, and readers are now looking forward to chapter 138. In contrast, the anime has released 69 episodes so far.

Sasha’s death was quite dreadful and the entire fanbase of Shingeki no Kyojin sobbed her death. However, Eren was the only one who laughed at it. What was the reason why did Eren laugh at Sasha’s death? Well, I will explain it to you.

I believe most of the fans already know that Eren’s going through a lot. There are countless memories of the previous Titan shifters in his head, and he wishes to protect the ones close to him. With all that in his mind, why would he not feel emotional when one of his own dies?

Let’s go back to a scene where Hannes got devoured by Dina titan. Remember how the background OST was the same in that scene? And so were the conditions. Currently, there are two possibilities as to why did Eren laugh at Sasha’s death –

The first one is quite simple when he got to know Sasha’s last words were, “Meat.” He immediately remembered the time with Sasha before the battle of Trost. Eren had a happy memory with her, and this made me laugh.

The second explanation as to why he laughed is quite complicated. But, this makes sense. Eren had a mental breakdown. He didn’t laugh because it was funny; he laughed because he can’t take it anymore. This was the same scenario when Hannes died. He laughed at himself for being so pathetic that he couldn’t protect the ones he cherishes the most.