Spoiler Guy
Home Discussion Why you need to watch My Hero Academia! 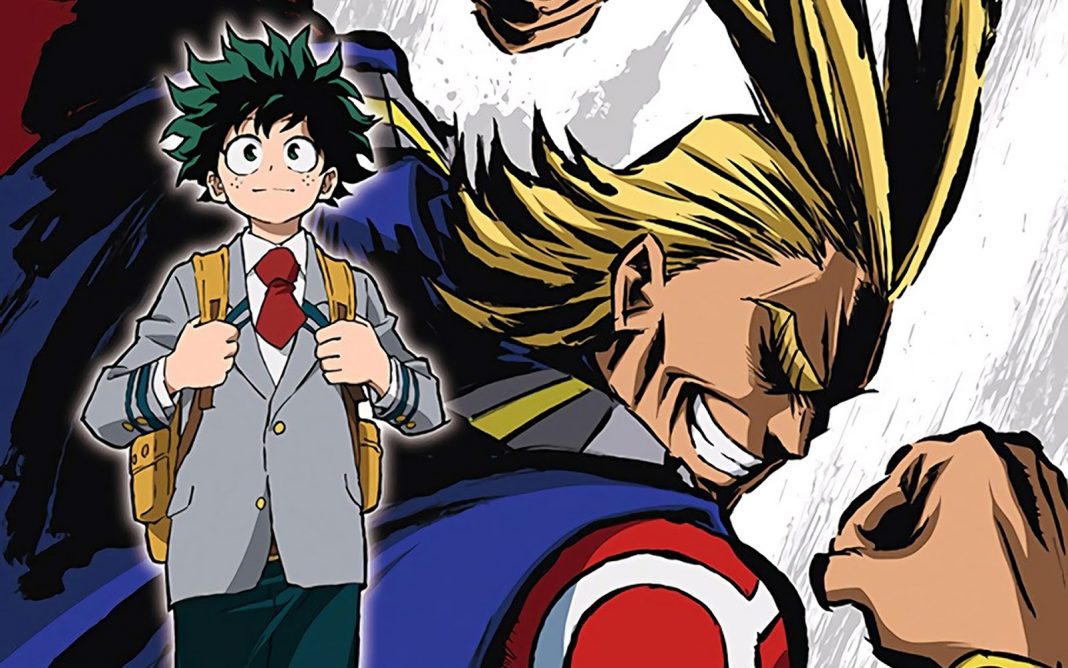 The anime Boku No Hero Academia is about Izuku Midoriya, a young kid who is born into a world where people possess superpowers also known as ‘quirks”. The story starts when Izuku Midoriya also known as “Deku” doesn’t have any quirk or superhuman abilities. He idolizes All Might who is the strongest Hero of all and possesses the strongest “One for All” Quirk. The events that occur later in the life of the MC is absolutely nail-biting to watch. So here we have listed a few reasons on Why you need to watch My Hero Academia!

Life is tough for Deku to be powerless in a world full of people who have different and interesting quirks, he struggles to find his own place in this world. The Young MC of the show then goes on to meet his Idol All Might, who comes across Deku’s heroic scenes when he tries to save his friend Katsuki Bakugo from a villain despite being powerless. Since its debut in spring during the 2016 anime season, this shonen anime called My Hero Academia has been on the rise and has been quite welcomed by the Otakus.

This is where the protagonist’s story takes a turn, all might meets young Deku and passes on his power “One for All” by making him eat a strand of his hair. Yeah, you heard that right, All might makes him eat his hair. I mean we all know the training where Shonen Protagonists attain a superhuman ability. All might then goes on to train Deku by himself and helps him to achieve his goal of becoming a professional Hero. Why you need to watch My Hero Academia? , here are a few reasons.

Best Anime is Trending so this is my cue to say go watch My Hero Academia if you haven’t already pic.twitter.com/PlXPUrrwrd

Despite being a story about Izuku Midoriya also knows as Deku, this shonen anime revolves around the backstories of different characters. You can say that the show doesn’t focus on just one character’s development. That’s one of the strong points of MHA, characters like Deku, Todoroki Shoto, Katsuki Bakugo, Hawks, Lida, Aizawa, Tokoyomi, Kirishima, etc; are characters who possess different and powerful quirks. All of these characters’ backstories are inserted in the anime without breaking the flow of the story.

The most important part of an Anime is the Fight Scenes! Yes, the fight scenes that’s what is called the fan service. For people who read the Manga, the fight scenes are as important as the plot. The amazing fight scenes and catchy soundtracks in MHA are of high quality and keeps you on the edge of your seat. You can binge on all 4 seasons on Netflix.

The fight where Deku has Eri tied on his back and goes Full Cowling 100% against Overhaul, that’s the greatest fight of the My Hero Academia. And probably one of the Greatest Fights in Anime History. The One for All theme plays in the background while Deku beats the hell out of Overhaul and launches a final attack which is similar to Saitama’s consecutive punches attack. When Nighteye says that he saw the future that Chisaki “Overhaul” escapes with Eri and Deku is killed, this shows Deku isn’t quirk-less, he has the power to change Fate.

Check out: “Horimiya Season 2”, Renewal Status – Everything You Need To Know!

one of the best anime scenes. you cant make me change my mind #anitwt #bnha #anime #mha pic.twitter.com/2hKLMacHjU

The start of the show is all about a green-haired fanboy finding his place and in a world full of people with superhuman abilities. Katsuki Bakugo is Deku’s old friend who bullies him each time he sees him as if he just hates his existence and him being quirkless. Todoroki Shoto is a handsome devil with a quirk of half-ice half-fire, who also has to overcome the hatred of his father the Number Two Hero Endeavor. You can read the remaining chapters of MHA Manga on Viz Media or Manga Plus.

The Main Plot is about two God-like quirks, which are “One for all” and “All for One”. One for All is possessed by Heroes over the years meanwhile the latter is owned by the leader of League of Villains. My Hero Academia has everything you need in a good anime show, if you want to binge on a Shonen Anime, this will be the one.

Check out the latest trailer for the movie – World Heroes’ Mission