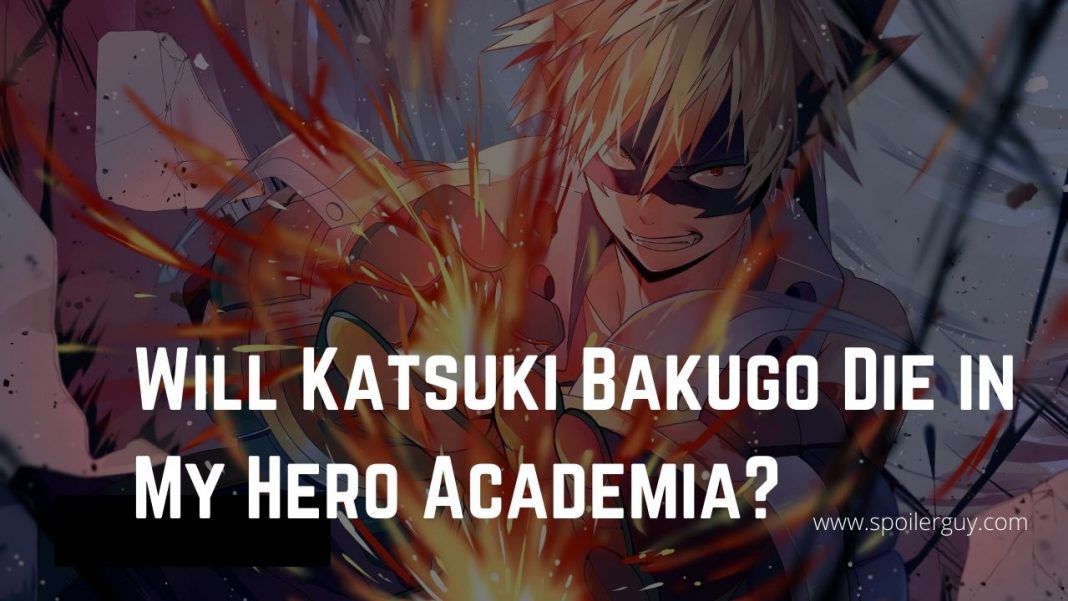 Katsuki Bakugo is also known as Kacchan. From the very beginning, we have seen him confident about his powers and bullying Deku. He was also known as a child prodigy in his school to get selected in U.A. In the beginning, we have seen a villainous side of him, however, after both of them got selected in U.A he had to face many defeats and one of which was from Deku himself. Since then a lot has changed about him.

Bakugo and Deku thinking that they aren’t good enough for each other pic.twitter.com/ydM25BS4DQ

In this article, we will discuss every possibility that has lead to the controversy relating to the death of Bakugo in My Hero Academia. He is also thirsty for victory which makes him smile in the middle of battle. Katsuki is athletic, good at fighting, the capability of strategic planning also be its improvisations. He has his pride and has a strong sense to win his fights on the basis that they were fairly fought.

In MHA, we have seen a lot of deaths since the conflict between the Paranormal Liberation army and Pro Heroes. Endeavor, Aizawa, Torino, Midnight were among the heroes we lost. However, in the fight, the saints are so bruised and battered by this battle that even if they prevail, they would be helpless when Gigantomachia appears. Now this gives rise to the question of what is stored for Bakugo! Throughout the manga, we have seen him come a long way in terms of character development as well as sharpening his skills in fights. slowly he has started to recognize Deku as a better hero.

We have seen him swallow his pride and turn himself into a better hero. With time, he cares for Deku just like All Might does. Bakugo is one of the important characters with a good fan base to be killed this easily. He has played an important role in the character development of Midoriya as well.

The rumor had originally started from a Youtube video with the title Bakugo’s death made everyone cry. It was a joke and nothing more. To everyone’s surprise, the person who died in the scene was Kirishima and not Bakugo. With Deku approaching nearer to face his real enemy All for one. The fights are getting intense where even the strong characters are losing the battles. However, considering the current chaos Deku needs Bakugo and the other strong heroes and therefore the chances of Bakugo dying anytime soon is slim.

That’s all about Bakugo. For more content stay tuned to Spoiler guy!