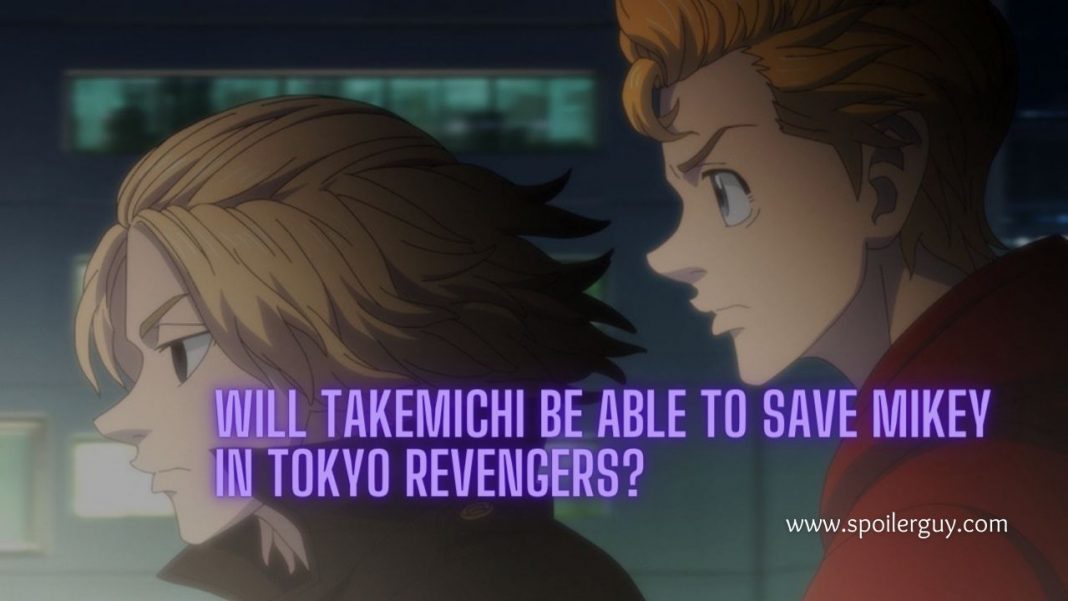 Tokyo Revengers has performed very well in the weekly charts. The plot has several ups and downs but has won everyone’s hearts. It has also made fans concerned about the ending. Though Takemichi is the main character, other characters have grabbed our attention, and one of them is Mikey.

The article may contain spoilers from various sources. Avoid reading if you haven’t read the manga.

Mikey has the ability to see through people, and that’s how he came across Takemichi in the first place. Mikey is the leader of the Tokyo Manji gang. He is a really good fighter, and therefore he is strictly against fights with weapons. On various occasions, he has never advised the Tokyo Manji gang to use weapons no matter how difficult the opponent might turn out to be.

Also, read: Will Takemichi save Hinata from dying in Tokyo Revengers?

In the present, Takemichi is about to get married to Hinata. However, after opening the letters, Takemichi realized that it is not him who saved everyone from the hands of Tetta Kisaki or any other devil leading all kids of corruption in the present. It was Mikey who saved his closed one from the probable bitter ending.

Takemichi is not able to accept the present where Mikey is involved with the corrupted gang in Tokyo. He is adamant about going back, however, the handshake with Hinata’s brother doesn’t work anymore since he has already gained the purpose of time travel which is to save his sister.

Therefore he goes to meet Mikey though he warned him not to meet him in the present. The meeting was followed by Mikey shooting Takemichi and he himself jumping from the roof. However, Takemichi holds his hand and asks him to say that he wants to be saved! Mikey admits he is not happy and wants to be saved. Holding hands with Mikey transfers Takemichi back to the past, where Mikey came up with an agreement where none of his close people will be harmed if he served the current best gang with his strength.

If you're watching the latest episode of the anime "Tokyo Revengers", you'll be hearing me as this kid. This is young Mikey (Manjiro). He's a badass. And I recorded some of the dialogue with a lollipop in my mouth. Crazy right? I'm also in the show as various gangsters & kids. pic.twitter.com/ikq9SIThTj

With Takemichi’s adamant nature we have seen so far, we know he really cares about saving everyone in the future. He has also proved it with his action and saved Hinata from dying. Saving Mikey won’t be anywhere easy since the group formed after Tokyo Manji got disbanded consists of all the best fighters. Thus the gang only gets stronger in the future.

The end is not guaranteed to be a happy one, and there might be lives compromised to save the closed ones. However, it depends on Takemichi how much he is willing to bargain to have a stable future or how he is able to stop things from going towards a bad ending.

That’s all about Mikey and Takemichi from Tokyo Revengers. To know more, stay tuned to Spoilerguy.