Spoiler Guy
Home Discussion Will Nezuku and Zenitsu end up Together in Demon Slayer? 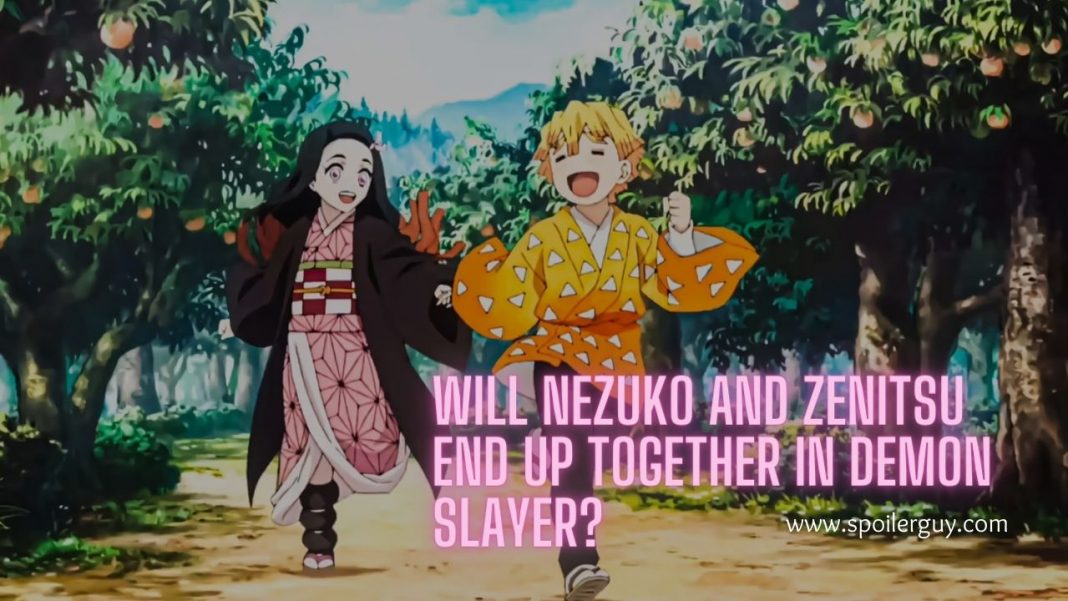 Demon Slayer is among the anime whish has battled with classics such as Spirited away taken the sales by storm. Also according to the latest reports Demon Slayer Season 2 isn’t far!! The trailer has already been released. Zenitsu is one of the demon slayers in that nine with a unique character.  He is very fond of girls, however, has been refused by countless.

When he first met Nezuko he knew she was a demon. But that didn’t stop him from pursuing her! Nezuko has been avoiding humans everyone other than his own brother. Is there any chance of Zenitsu and Nezuko ending up together?

It is very hard to understand his character in the first go. He appears to be weak and afraid of death and facing missions. However, when it comes to facing enemies he never shows mercy. His character may seem whiny at times but in inside he is no less when it comes to protecting his close ones.

In the sequel of the demon slayer movie the Mugen Train, we have seen that he has strong feelings for Nezuko. It becomes his reason to wake up from the never-ending dream and save the passengers on the train. From the incidents that have happened so far, it can be believed that he cares for Nezuko deeply be it getting surrounded by enemies and fighting to the death.

Nezuko is one of the Kawai characters in the anime. She may not speak but her actions speak a lot for herself. She has been hand in hand with Tanjiro even if that means suppressing her craving for blood. She has proved in every situation that even after being a demon she still holds her love for humanity.

Today’s siblings of the day are Tanjiro and Nezuko Kamedo from Demon Slayer! They’re siblings! pic.twitter.com/3xYIQKygKn

Her bond with Tanjiro holds strong be it the situations they have been pushed to. They have never left each other. Even when Tanjiro was given the option to keep her with the doctor. On the other side, we have also seen Tanjiro’s desire to leave no stone unturned in making Nezuko a human once again.

There have been many questions unanswered which doesn’t give a definite direction on the viewpoint of Nezuko and her feelings towards Zenitsu. With four of them traveling together in completing missions we can expect them to grow closer where Nezuko will be able to express her emotions and be comfortable around Zenitsu and Inosuke. However, these facts can only be determined in Demon Slayer Season 2 with more screentime given to Nezuko’s character.

Not much is known about Nezuko’s current self. Since she has lost memories and undergone a lot of fierce situations before coming under control. We have a lot to discover about Nezuko before understanding whether she will be able to develop a humanely romantic relationship with Zenitsu! Also for that fact she won’t be given much acceptance by people around without knowing if she will ever be able to turn into a human again!

As for Zenitsu, his feelings will keep on growing for Nezuko. Probably with a hope that she will actually reciprocate the same towards him.  As of now, it is difficult to frame their future considering they all have a bigger enemy to face before things turn upside down.

That’s all about Nezuko and Zenitsu. The content will be updated with time till then stay tuned to Spoilerguy.