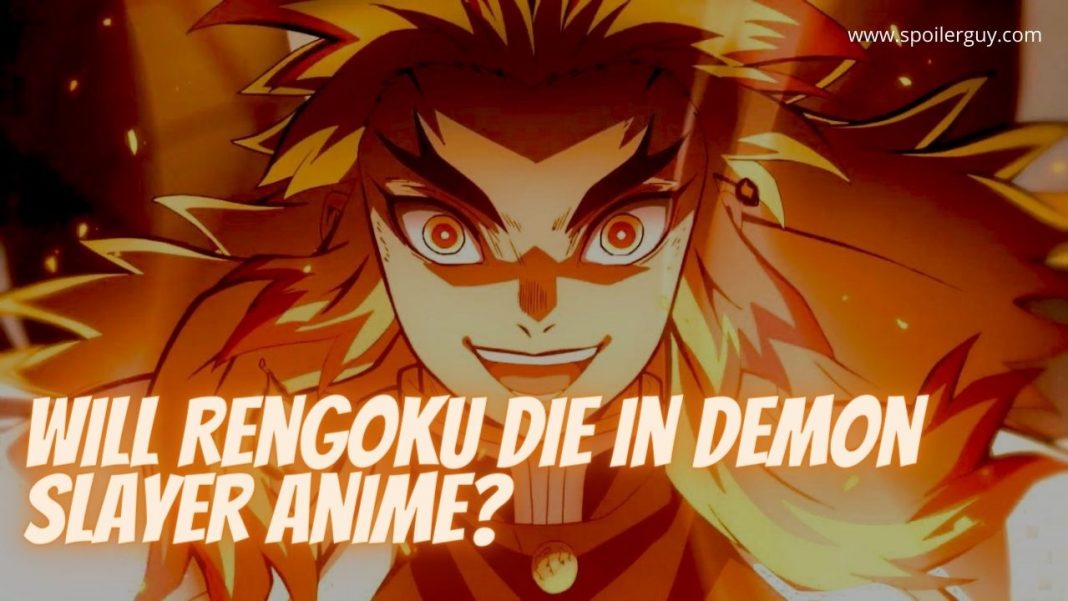 Favorite amongst the public Demon Slayer: Mugen Train’s sad death of Hashira was required for Tanjiro’s journey and the story as a whole. As the titular slayers continue their battle against Muzan’s flesh-eating demons, death is unavoidable in the world of Demon Slayer.

In Demon Slayer: Mugen Train, the death of Kyojuro Rengoku, the series’ first on-screen Hashira, is especially sad. The death of the Flame-Breathing Hashira was all the more painful since he was the least eccentric of his group, with a more sincere and noble character. The broader story of the series, of which Mugen Train is a canonical part, required it.

ufotable consist of a bunch of rengoku stans who just cant let go of him pic.twitter.com/J4Kv8kTzd0

Can Rengoku come back to life?

Even if a character has been favorably welcomed by the audience, the plot may need them to meet their demise. The Hashira were doomed by Rengoku’s bond with the story’s protagonist, Tanjiro. Tanjiro’s tale revolves on Demon Slayer and Rengoku was a useful mentor to have around. Rengoku, a Flame-Breathing master, may have been able to assist Tanjiro in mastering the Hinokami Kagura, an immensely strong technique that seems to be linked to Flame-Breathing.

The chances of him coming back to life is really less. He might be used in memories and flashbacks of the characters. But his death was beautiful and a reason for everyone to fight Muzan more seriously than ever. There isn’t enough time in the series for Tanjiro to learn such an advanced skill before the events of Mugen Train occur. Rengoku was unfortunately dropped from the plan to avoid the usual anime cliche of an overpowering hero.

To teach the young Demon Slayer would have made Tanjiro’s trip much too simple, and it would have wounded the series far more than Rengoku’s death ever could. If Enmu had been Mugen Train’s last antagonist, the show may have found a compelling method to keep Rengoku around without making his mentoring too easy for Tanjiro. We know Rengoku has a younger brother, and Kagaya Ubuyashiki, the chief of the Demon Slayer Corps, routinely assigns missions to the Hashira. Rengoku might have been written out of Tanjiro’s path without being killed off, as long as it was done creatively.

rengoku stans try not to cry when he appears challenge *failed miserably* pic.twitter.com/qYTKZryTKi

— RENGOKU CAME BACK FROM THE DEAD BITCHES (@rengokutopia) October 21, 2021

When Akaza showed up at the end of the Mugen Train, the Flame-Breathing Hashira was forced to die. The first Muzan Demon of the highest rank, Upper-Rank Three of the 12 Kizuki, appears in the series. He had to make a statement about the Demons’ outrageous strength and the danger they represent, so his entry had to be spectacular. Rengoku’s victory or even survival would have tarnished the reputations of the surviving Upper Ranks, including Muzan.

When it comes to Demon Slayer Corps Hashira, they’ve shown themselves superior time and time again by easily destroying Demons that Tanjiro, Inosuke, and Zenitsu had spent their lives fighting. When Akaza showed there, they were fortunate to have a Hashira on their side. However, this served to demonstrate that Hashira are not invulnerable. They learnt the hard way that Tanjiro and the others can’t always depend on the Hashira to rescue them from a Demon battle.

Lately, things had been going a bit too well for Tanjiro and his crew. The three of them had grown in strength and friendship to the point where it was time for a wake-up call. Now that they are tasked with carrying on Rengoku’s legacy, the loss of Rengoku has given the trios fresh inspiration to become stronger while also growing as individuals.

This is all about the death of Rengoku in Demon Slayer. For more similar content follow Spoilerguy.