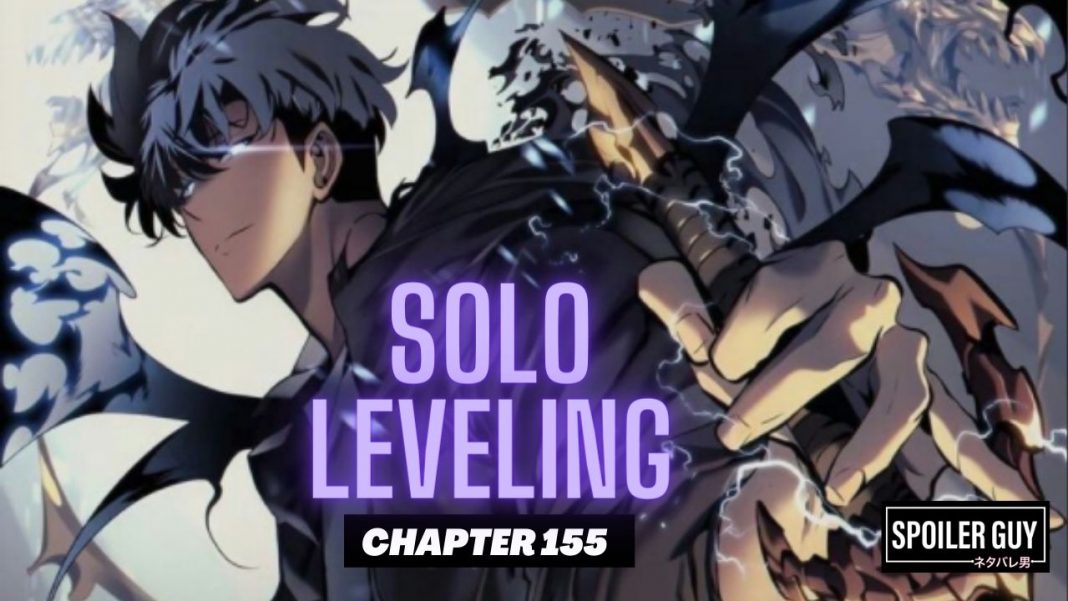 Solo Leveling is entering an intense plot of battles. The gates have started opening. However, Sung-Jin Woo is not able to get through the gate since it feels like a barricade of a wall. By that time, President Cheol informs him about another similar gate has opened. In Solo leveling Chapter 155 will have an intense battle of Frost Monarch against shadow monarch.

The upcoming serious battle will also prove how far has Sung Jin-Woo come. Whether Sung Jin Woo is capable enough to save humanity and protect them from the upcoming dangers beyond the gate?

You can also read: Will the Kamish help Sung Jin Woo in Solo Leveling Chapter 154?

Now Sung Jin-Woo had the power of Kamish. But his meeting with Thomas Andre was interrupted with the opening of one of the gates. Earlier we saw Sung Jin Woo was unable to enter through the gate he felt there was a wall preventing him from stepping into the other side. It made him worried. However, he is still not a full monarch and in the process of becoming one. So the restrictions might make sense.

However with the enemies entering through the gate to seek revenge may still fall behind since he has his Kamish to level up. Also, Thomas felt that the dagger belonged to someone like Sung Jin who was ready to seek revenge for the chairman.

There has been no delay reported so Solo Leveling Chapter 155 will release on 9th June 2021. However, if there is any change it will be reflected here.

Where to Read Chapter 155 of Solo Leveling?

Solo Leveling is officially available in Korean in Kakaopage. However, the English translations of the webtoon are released soon after the Korean chapter.

Solo Leveling is about a hunter who had blindly been following the dungeons to pay for the basic needs of his family. Later when he and his group face serious trouble, Sung Jin-Woo takes the lead. Most of his teammates get killed but he is able to figure out the terms of the dungeon and is able to save some of them. Later he realizes that some things have changed about him and then starts the Journey of Sung Jin-Woo from being nothing to a powerful hunter.

Earlier the monarch of frost had returned on understanding his power. But on returning to he had asked all the other monarchs to join hands with him and defeat Sung Jin Woo. However, most of them backed off. Since they were not ready to take any rash decision in the absence of monarch of destruction or dragon monarch. However, there was a female monarch who showed interest in Sung Jin.

The previous confrontation was between Sung Jin Woo and the Monarch of Frost was a humiliation for him. He even tried to convince him to shake hands with him rather than protecting the mere humans. However, the death of Go Gun Hee was a shock to Sung Jin Woo. Also, he had promised to take revenge for his death. The upcoming battle will be a very intense one when the monarch of frost comes through the gate.

That’s all about Solo Leveling chapter 155. If you want more updates, stay tuned into SpoilerGuy.