Spoiler Guy
Home Release Date Will there be Komi-san wa, Comyushou Anime Adaptation? Everything We Know So... 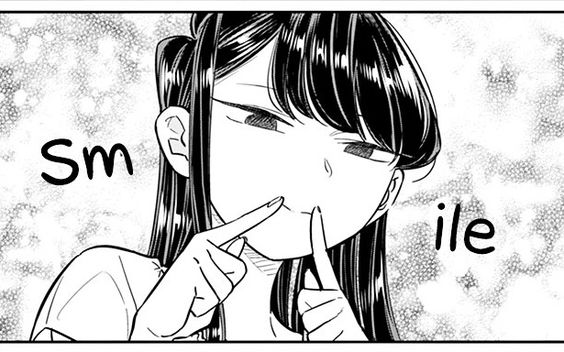 We all love to watch an anime that is a blend of comedy and shounen. Well, I guess nothing can be better than watching a high-school anime with a mix of shounen. Talking about the same, recently Komi-san wa, Comyushou fans have been in a lot of fuss for its anime adaptation. It’s just a matter of time after the pandemic gets over and the anime industry gets back to normality. Also, there is a list of manga series which can get an anime adaptation anytime soon. Well, Komi-san wa, Comyushou surely stands in the list of those.

A romantic comedy written and illustrated about girls and boys who have difficulty communicating with others. Before being serialized in Weekly Shounen Sunday, the series was first released as a one-shot in “Shin Sedai Sunday Grand Prix” in 2015.

Komi-san is a stunning and admirable young lady from who no one can take their gaze away from. Almost everyone at school thinks of her as a cold beauty who is out of their league, but Tadano Hitohito knows the truth: she is only terrible at interacting with others. Komi-san, who wants to break her bad habit, enlists the aid of Tadano-kun to help her.

The manga Komi-san wa, Comyushou (Komi Can’t Communicate), written and drawn by Tomohito Oda, will be adapted into an anime, according to a leak on the Weibo social network. Official confirmation and more information are expected soon, but the leak came from a fully trustworthy source in China.

Keeping in mind the popularity of this manga series in Japan, it can certainly get an anime adaptation soon. Also, it secured a place in the top 10 list of manga that fans want to see as an animation.

A recent leak from the Chinese social network Weibo revealed that an animated adaptation of this manga was in the works. Since the leak came from a trusted account for this blog, the registered domain and the leak are likely linked.

Komi-san is finally getting an Anime adaptation😭😭 It's gonna be made by OLM studio, the guys that made Pokemon anime series and movies.#KomiSan #KomiCantCommunicate #KomisanwaKomyushouDesu pic.twitter.com/1n1rbDGSP6

The registration of the internet domain (https://komisan-official.com), which is directly linked to Tomohito Oda’s manga Komi-san wa, Komyushou desu (Komi Can’t Communicate), has been confirmed by various media outlets. This domain will be associated with an anime adaptation, which is expected to be confirmed shortly.

Recommended: Boku no Kokoro no Yabai Yatsu Anime Adaptation, Plot, Release Date and What to expect?

Tomohito Oda wrote and illustrated a Japanese manga series named Komi-san wa, Comyushou. Since May 2016, it has been serialized in Shogakukan’s Weekly Shonen Sunday, with twenty tankbon volumes collected as of February 2021. Viz Media has licensed the series for English release in North America, with the first volume set to be released in June 2019.

Shouko Komi receives an enormous boost in popularity on her first day at the prestigious Itan Private High School, the story’s main setting, due to her classmates’ perceptions of her unparalleled, stoic beauty and sophisticated elegance. Just Hitohito Tadano, an ordinary schoolboy assigned to the seat next to Komi’s, can discover that, under her bishjo exterior, Komi has severe communication problems. Tadano decides to assist Komi in her quest for 100 mates.