Spoiler Guy
Home Release Date Will There Be Kusuriya no Hitorigoto Anime Adaptation? Here’s What You Need... 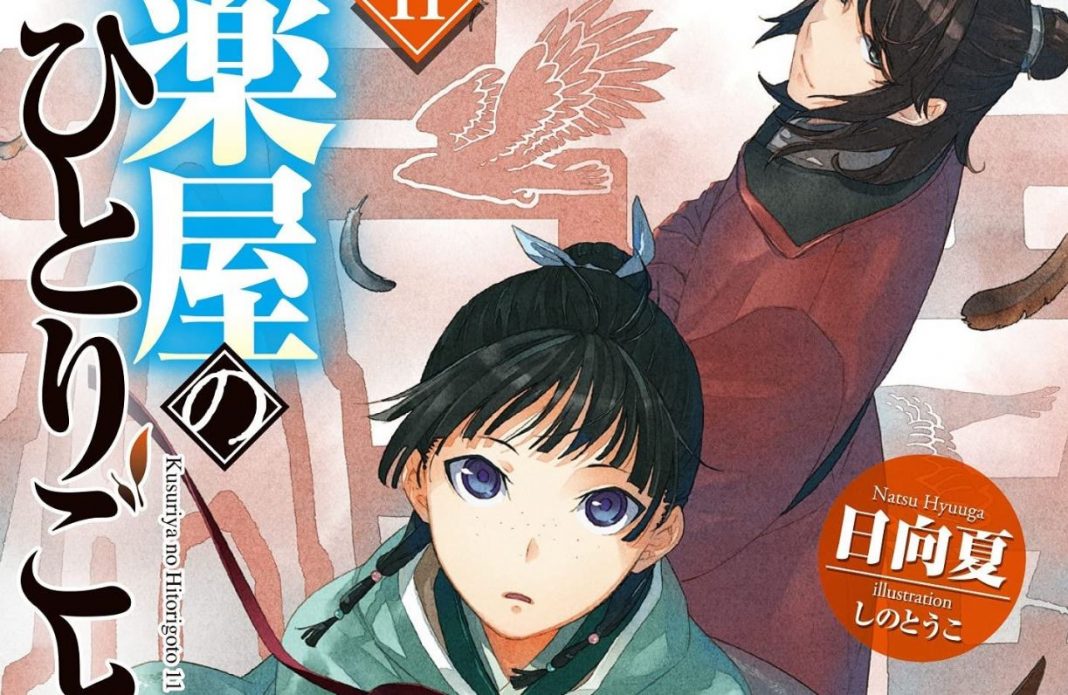 Kusuriya no Hitorigoto also known as The Apothecary Diaries is a light novel is based in ancient China. The story revolves around a 17-year-old girl, Maomao. She is kidnapped into the kingdom and made to work as a servant. Later her role proves to be much higher than a servant. Her journey from a servant to an established pharmacist gives inspiration to many. Therefore the light novel demands Kusuriya no Hitorigoto anime adaptation.

Maomao was however not serving as a servant willingly. She is kidnapped into the imperial court. However, in a time of crisis, she secretly plays the role of the pharmacists trying to cure infants related to the Emperor. Later she gets recognized and brought up to the court.

The story starts in an Imperial Court in ancient China, it has been a few months since a 17-year-old girl named Maomao was abducted and sentenced to serve as a low-ranking worker for the emperor’s palace. Yet, she continues to retain her curious and pragmatic nature, planning to work until her years of servitude are finished. One day, however, she realizes that two of the emperor’s children have become critically ill, so she chooses to behave in secrecy, leveraging her background as a pharmacist raised in a poor neighborhood.

Maomao is raised by a respected pharmacist Roumen. She always had the habit of experimenting with various herbs and test them on poisons. Also, she was raised in a red light area so she has much sharp-witted than many of her age. The anime serves a lot of moral lessons for the young generations.

Kusuriya no Hitorigoto manga has not stated any release date. There have been related manga that received an anime adaptation. Later they became mainstream, so it would make sense for the Apothecary Diaries to get an anime adaptation as soon as possible. However, the release date has not been confirmed. But it is scheduled to release by June 2022. Also, we will update this article with the latest details, so stay tuned.

i just heard that kusuriya no hitorigoto will be getting anime adaptation! Im so happy aaaah pic.twitter.com/yjEiNJfSIZ

The Apothecary Diaries light novel started to be released in 2011 through the Shosetsuka ni Narou light novel website. In 2012, the novel was bought by the Shufumotomo publishing company, which initially released it as a one-volume book, but, in 2014 it was announced to restart and extend its serialization, now as a light novel.