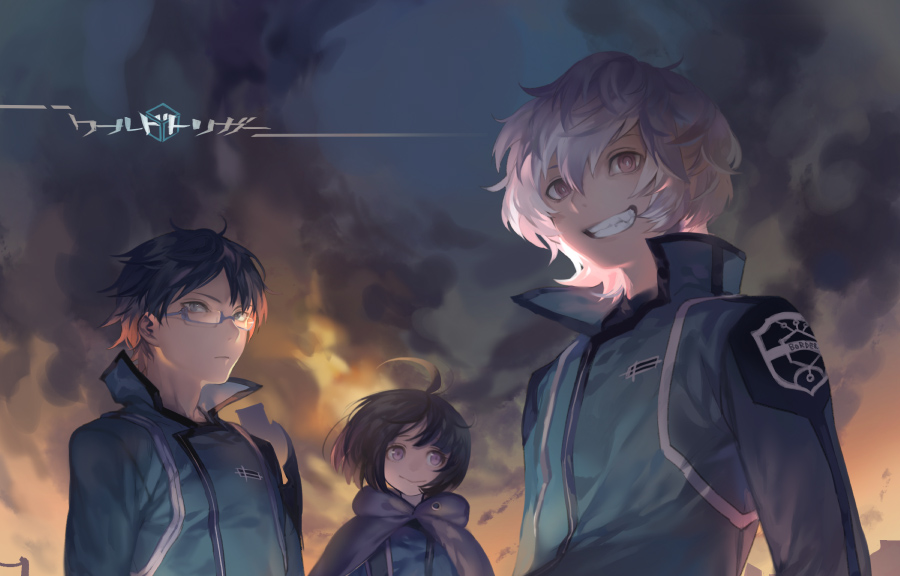 World Trigger returned with a short but good Season 2 to the delight of its fans. This epic yet underrated battle Shounen started its run in 2014 and had a total of 73 episodes. Unfortunately, it had to take a long break due to the author’s ill health.

Even better is the fact that World Trigger Season 3 has been announced and is expected to release this year itself. World Trigger is based on a manga of the same name by Daisuke Ashihara. Toei Animation animates it.

As one can notice, the animation quality has improved drastically from Season 1 to season 2. It is only normal to believe World Trigger Season 3 will be a step ahead in this direction. With catchy ops and a clever plot, World Trigger is a must-read and watch.

World Trigger is set in Medeen(Earth), where all of a sudden, “Neighbours” invade and start to attack cities and civilians. They are aliens who come to Earth through gates that connect the Neighbourhood to Earth.

The border is an organization set up to counter them and protect Medeen, especially Mikado, which is a hotbed for them. Though even within this huge organization approach towards the neighbors is different.

The Tamakoma branch, in which the MC Mikuma ends up, chooses to make Neighbours allies. In contrast, the headquarters are staunch supporters of exterminating all neighbors. Even in this milieu of various thoughts, the ulterior aim of protecting their city takes utmost importance.

Despite the constant power struggle, the branches and the HQ at the end of the day work together. The story follows the agents of the border, all with their own aim of becoming skilled trigger users.

With rank wars, expeditions to the neighborhood, attacks by trion soldiers, there is always something happening. And they must be ready for it armed with not just skills but mind-blowing tactical strategies.

No one side is entirely evil or good since even the neighbors desire nothing but the welfare of their countries. A slow-paced but well-written battle, Shounen is what World Trigger is.

Even after Season 1 was not popular enough, the studio, with its faith in the plot, geared up for Season 2. Its success leading on to the path for season 3.

Let’s have a look at some of the interesting events that made up the 12 episode Season 2 of World Trigger worth watching.

As previously mentioned, Humanoid neighbors or trion soldiers constantly attack Medeen. In Season 1, Aftokrator had launched an invasion, while in Season 2, their vassal country Galopula leads the assault.

A group of 6 skilled Neighbours is sent from Galopula under Aftokrators command to slow down Border’s attack on them. They play bold and decide to attack the expedition ship in the heart of the HQ. Destroying it would directly affect the mission to Afto since, without the ship, they can’t go.

But of course, with Jin’s prediction and Borders, top 4 attackers ready to defend, this was an uphill task. Despite being quite strong and adept at fighting against Konami, Tachikawa, Mukrami, and Kazamas teamwork and excellent strategizing, they failed to succeed.

Meanwhile, apart from these four, all the other squads showed their prowess too. Easily rendering their enemies useless and frustrated. The entire Galopula arc was just a peek into how skilled Border is.

The battles being nothing short of perfection, with Tachikawa & Co. dominating throughout. Tachikawa willingly sacrificed himself too for their definite victory. Unexpectedly Miwa squad cooperated with Jin during the fight too.

For typical Shounen battle fans, these battles will be more than just a treat, not just because of how different they are but also how intense and unpredictable they get.

With Tamakoma allying with Galopula, it remains to be seen in World Trigger Season 3 how they will get along.

Continuing from Season one, the rank battles get more heated here. Earlier it was to get a better rank, but now it was more important because it decided who can or cannot participate in the mission to Aftokrator.

After the severe loss to the Ninomiya squad, Mikumo was definitely disheartened. But instead of wasting time pondering, he decided to get up and get guidance. By meeting his seniors and diligently working to improve himself, he gradually starts to improve.

Not just him, Chika decides to try out new techniques to cover up her weaknesses. A revamped Tamakoma-2 is ready to head into battle. Their hard work has paid off since, even against stronger opponents, they manage to win with huge margins.

World Trigger Season 3 will bring the final leg of the Rank Wars without letting the hype go down for sure!

Etching closer towards their goal to join the away mission means Mikumo & Co. will face tougher opponents. So just learning new tricks was never gonna be enough. Thus, they decide to make the squad stronger with the addition of a new member.

Who else could it be but Hyuse, the abandoned Aftokrator neighbor? Eager to get back home, he strikes a deal with Jin to get him back using any method. And what better opportunity can there, but the away mission.

HQ and Tamakoma were again at crossends regarding Hyuse’s enlistment, but each acquired what they desired with another set of deals.

Now with another highly skilled teammate, the Mikumo squad is ready to lose to no one. It is crucial here that when Hyuse leaves, how will they manage since there will be no one to cover up for them!

World Trigger Season 3 will not only showcase Hyuse’s strength and the positive impact he has on Tamakoma 2.

According to the manga, World Trigger Season 3 will start with two incredible rank battles. Returning squads versus the now upskilled Mikumo squad, making it the perfect revenge match scenario.

World Trigger season 3 promises to be much more intense and satisfying than S2 with just the first two battles themselves. Mikumo will finally get the limelight, and he deserves it as the MC.

World Trigger Season 3 is likely to bring the much waited away mission into action. From the selection test to the preparation for the actual event. Will it be a success or a failure? Will Hyuse be able to return home safely? What is Jin’s plan?

All remains to be sorted out in World Trigger Season 3.

World Trigger Season 3 is slated to air sometime around October 2021, as announced during the AnimeJapan event 2021. Thankfully, no more years of waiting for the continuation.

Season 2 was supposed to have 13 episodes but ended in 12, so World Trigger Season 3 will start with episode 13, whose cuts were posted by its official account. Come October, and fans will be rejoicing for the most satisfying battles will come along with it.

Also Read: What Makes World Trigger Worth Your Time?