Spoiler Guy
Home Theories Why is Yami Known as The Destruction God In Black Clover? 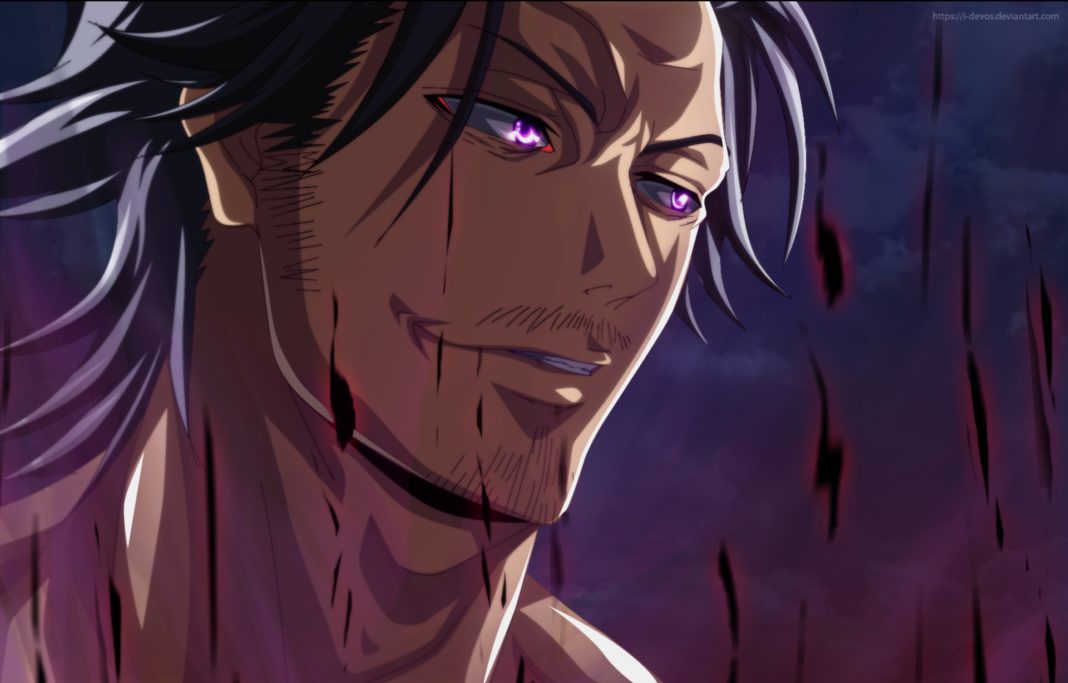 Yami Sukehiro is a swordsman who can surpass his limits in an instant with a mindset to never leave a comrade behind. His skills and magic are astounding during combat and most importantly instantaneous. He goes by the name ‘God of Destruction’ or ‘Destruction God’ due to his capabilities and power.

Who is Yami Sukehiro (Destruction God)?

Yami Sukehiro is also is known as the Destruction God, 1st captain of the Clover Kingdom’s Black Bull Squad of the Magic Knights. He uses Dark magic and also light magic which can affect the other world. Without a doubt, this makes him an Arcane Stage mage. Yami comes from the Hino country and is considered as a foreigner in the Clover Kingdom. He was trained under Captain Julius who was the only one who saw his potential when others feared and hated him.

Powers of the Destruction God

Dark Cloaked Lightless Slash: It is a move in which Yami channels dark magic through his Katana and slashes, sending a wave of dark magic to his opponent with the same sharpness of his Katana.

Dark Cloaked Dimension Slash: Yami slashes downwards which is able to cut through spatial magic and clouds of mana.

Dark Cloaked Iai Slash: Yami condenses the area of the Black Moon effect and waits for the opponent to come closer in order to quickly move and slash the opponent.

Black Hole: It works just like a black hole, but this absorbs any magic spells with its range.

Black Moon: It is similar to the black hole but by using the black moon he decides what gets to be absorbed.

Yami uses reinforcement magic to boost his physical capabilities in order to surpass his own limits.

Abilities of the Destruction God:- Yami

Yami is considerably strong as he manages to throw Asta effortlessly with a single hand. Also, using reinforcement magic, he is capable of inducing additional strength during combat. When talking about reflexes, Yami sure rings a bell in our mind with accurate predictions in reflex time. He is so fast that he is one of the very few that can keep up with fast attacks and spontaneously come up with a countermeasure. In terms of speed, Yami is extremely fast and goes on par with Patolli.

Yami is a well-trained swordsman given his heritage, His skills we enough to fight against Patolli who was considered a great wielder of light magic. During this battle, he ends up destroying the surroundings using his dark magic hence living up to the name ‘Destruction God. Yami possesses a great deal of magic, and his mere release of darkness frightens multiple people. He is considered worthy enough to rival the Magic Emperor. Yami simply surpasses his limits as if it were nothing during combat. Yami’s immense magic power overcomes all commoners and most nobles.

Master of Ki and Mana zone

Due to his homeland blood, Yami has mastered the principle of sixth sense. Thus, enhancing his ability to perceive things and respond to various attacks. Yami can manipulate Mana around him to expand his spell’s power and range. He possesses an ability similar to the future seeing by combining his Ki with Mana to foresee the opponents’ attacks before they take place.

These powers and abilities attributed to his name “The Destruction God”.

Black Clover is a Japanese shounen manga series written by Yūki Tabata. The anime comes across as refreshing with a genre consisting of decent adventure, action, and comedy. The main protagonist has a tremendous character development which is something to look forward to. Black clover has only one remaining director resulting in low-level animation sequences. Overall Black Clover is criticized due to its high expectations, but when you really get into the anime you tend to realize its plot and potential. In my opinion, it’s worth watching.

Black Clover – The Malevolent Dark Triad vs Asta, Yuno and...