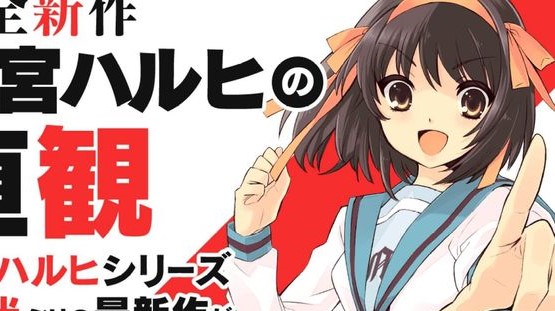 Looking for something good to read! The Yen Press has announced to release date of the first installment of The intuition of Haruhi Suzumiya. The melancholy of Haruhi Suzumiya novel series to release after nine years on June 2021. Nagaru Tanigawa is the author of the novel and Nozi Ito has illustrated it.

We're releasing The Intuition of Haruhi Suzumiya in print June 2021! Leading up to June, we will be releasing new editions of the previous volumes every month starting January 2021! pic.twitter.com/yeHUU6CfzI

It has further confirmed that the 250-page book will have random Numbers. Along with short stories from Seven Wonders Overtime from its previous art book releases. It will also contain a brand new story titles Tsuruya-San’s Challenge.

The 11 novels for the original series were published by Tanigawa and Ito between 2003-2011. Its light novel series has been printed for more than 20 million. The first ten volumes of The little brown books for young readers are available in English digitally. It had been released by Yen Press between 2009 to 2013.

That’s all for today. Stay tuned to Spoiler Guy for the latest updates.