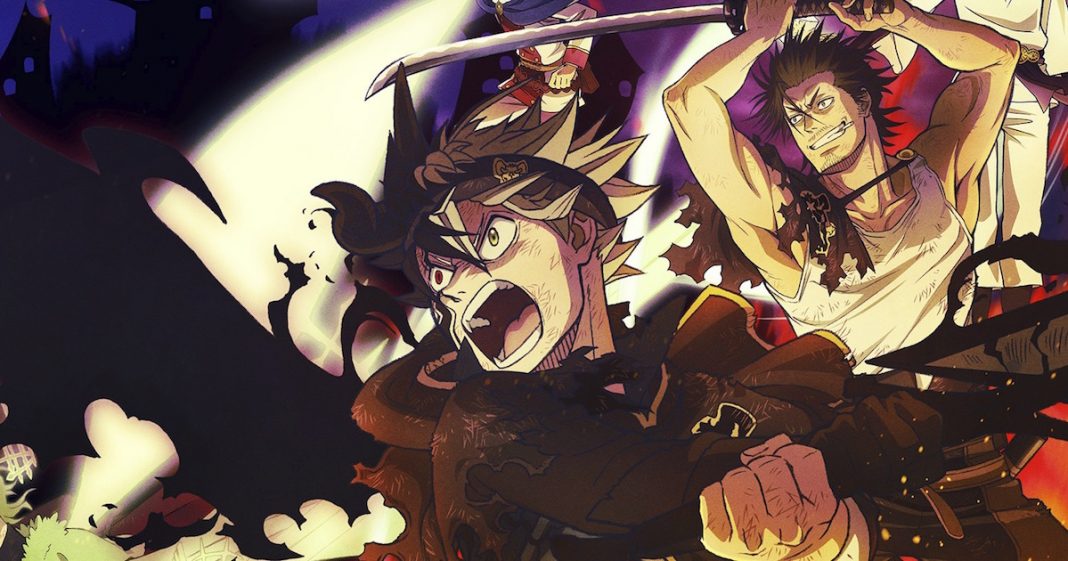 Howdy Guys, In this post we are going to be talking about Black Clover Chapter 267. Besides this, We have included every detail from the release date to where you can read it legally. Note- This post may contain spoilers of the previous chapter. If spoilers bother you, I suggest you stop here or skip directly to the release date section. Now, let’s get started-

Let’s not forget that Black Clover is the world’s prominent franchise. As for now, the battle between the Dark Triad and our heroes has now ended. Besides this, The rescue plan for Yami and Vengeance is in the mid-way. Nacht gave the order to all the black bulls members that they have to get strong in just 2 days. Now it’s quite obvious after the previous chapter that fan’s expectation from Black clover 267 is super high and they are super eager to know about the chapter. So, without any further delay, let’s get going for Black Clover 267 but before that, let’s have the recap of the previous chapter-

As we already knew that the rescue plan of Yami and Vengeance in underway. In order to fortify the plan, our wizard king asks for the help of Gadjah. Gadjah has his own reasons (To Save Lolopechka) to be part of this plan. Furthermore, Gadjah also revealed that they building up their strength with the help of Elves.

On the other hand, Nacht with Asta went to the hideout of Black Bulls and reveal that in just 3 days, they are going to attack the Spade Kingdom. Members of Black Bulls got shocked after they got to know that Nacht is the Vice-Captain of Black Bulls.

In curiosity, Finral asked that how could he could be the vice-captain of Black Bulls, he never came to the hideout, even for once. This is when Nacht revealed that He hates black bull- “Black Bulls is a brigade of good-for-nothing with more damage than to their name”. Nacht revealed some super negative thoughts or points of each Black Bulls member-

For Gauche- “A Ruined Noble and former convict”.

For Finral- “A spatial mage who was so careless with women that it interfered with his missions.”

For Vannessa- “A brazen witch, who do nothing but drink.”

Grey counter it by giving him advice that he should not judge them with their looks and they are really good people. “The Greatest People are those who are good from the beginning.” This conversation ended with Nacht giving them the time of 2 days in order to get strong.

The chapter ended with the full appearance of Asta’s devil and Nacht revealed that Asta has to fight the demon and no matter what, he has to win.

Is Black Clover Chapter 267 Is On A Delay?

No, Black Clover 267 is not on a delay. Stay tuned on spoilerguy.com for more information regarding the release date.

The spoilers and leaks are the raw scans, that are being translated by the popular translators on the internet. But you may not worry, we will make sure to add the leaks and spoilers to the article, as soon as they’re out. You can put your opinions regarding Black Clover Chapter 267 in the comment section below. Furthermore, The important leaks and spoilers for Black Clover 267 will be out on or around 9th October 2020.

Predictions And Speculations Of Black Clover 267

Chapter 266 ended with a major cliffhanger- Asta vs Demon. As we already know that Asta is in the training in order to conqueror his devil power. So what do you think? Will, he able to pull that off? Let’s find out-

Did Yuki Tabata introduce Asta’s mom in the recent chapter of Black Clover?? By the looks of it, she is somehow related to the Anti Magic Devil. Although, it’s just a flashback, this week’s chapter is gonna be a banger! #blackclover #blackcloveredit #blackclovermanga

As per the leak- Did Yuki Tabata introduce Asta’s mom in Black Clover chapter 267??
By the looks of it, she is somehow related to the Anti Magic Devil. Although it’s just a flashback, this week’s chapter is gonna be a banger!

Those looking for the summary – The chapter centers around Asta facing his demon. He does the typical Shōnen MC thing and thank the devil for lending him the demonic powers so far. On the other hand, AMD couldn’t care any less. He uses Asta’s grimoire and swords to attack Asta, but he dodged.
Nacht orders Asta to keep fighting and win or else he will turn into some vile creature. The chapter finishes with Anti Magic Devil’s flashback of a young woman or do we say, Asta’s mother.
Why? I mean look at her picture, she is clearly resembling Asta.

Where to Read Black Clover Chapter 267?

All the chapters are available online, you can read Black Clover 266 on Viz. Besides this, you can also read Chapter 263 on Shueisha’s manga plus website. You can also use the manga plus app.

Moreover, You can also read Black Clover Manga Chapter 267 in Espanol on Shueisha.

While you wait for Black Clover chapter 267, make sure to give a try to the manga, as well. The manga is not just 10 chapters ahead, but have an amazing climax. If you are looking forward to some recommendations then here is the list of the anime you need to watch.

Black Clover is a popular Japanese manga written by Yuki Tabata in 2015. The plot revolves around Asta and Yuno, who are rivals. Asta is a kid born with no magical prowess and Yuno is a being blessed with mana. The plot revolves around their journey of becoming the strongest knight. As of now, the manga has aired 266 chapters, Black Clover chapter 267 will be out soon.