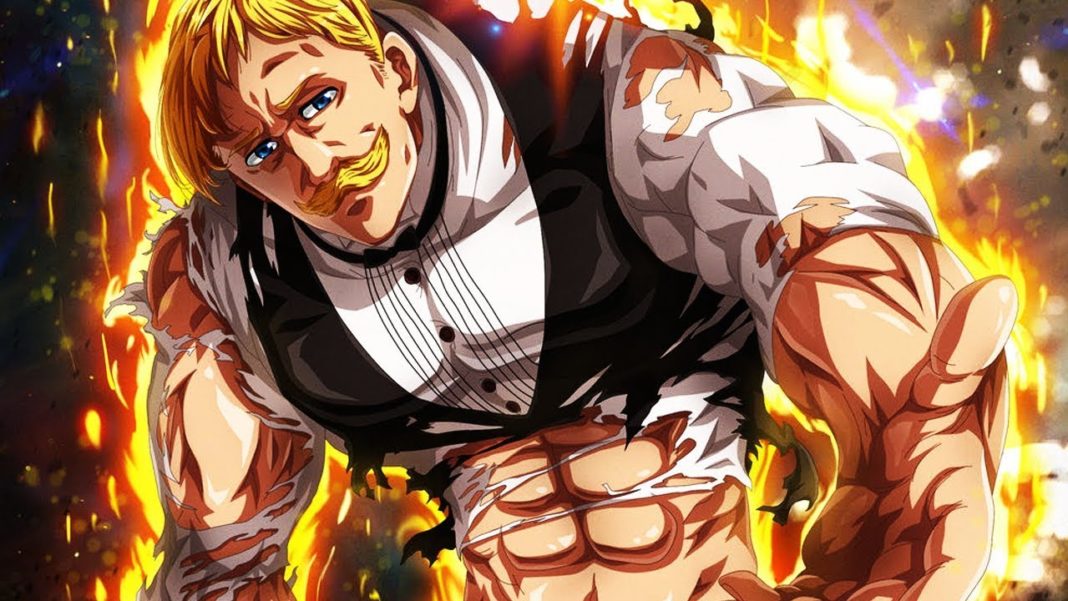 The Seventh and the Strongest member of the Seven Deadly Sins, Lion’s Sin of Pride, Escanor. The true identity of Escanor was always a question throughout the series, making him one of the most searched characters from Nanatsu no Taizai, but that’s not it. After the fight to the death with Meliodas; Fans were eager to know the true potential of The Strongest Holy Knight of the Kingdom of Liones.

With the inherent power of Sunshine in his body, and the Divine Axe Rhitta in his hand – Escanor really is “The One”. So, without any more delays, we will be breaking out the rumour of Escanor’s death.

Besides this, the post may contain strong spoilers from the Seven Deadly Sins manga, if you don’t like spoilers – you may stop reading now.

There are various anime watchers who are too eager to know if Escanor will die as they end up reading the rumours regarding Escanor’s Death. Don’t worry we will break it down for you. Starting with a very quick answer to your question.

Also Read: Best Escanor Quotes To Start Your Day With

No, Escanor is not alive, anymore. So all those rumours regarding Escanor’s death are right.

How did Escanor Die?

No matter how strong the Demon King or his army was. No one was able to take Escanor Down. He died due to boosting his power ‘Sunshine’ to finish the Demon Lord. In the end, his body was that of a human, the body couldn’t take all powers he had resulting in Escanor’s Death.

Will Escanor ever confesses to Merlin?

Yes, when he dies. It was too late, but in the end, Escanor did tell Merlin that he loves her, no matter what she felt. Escanor loves her, not only because she reminds him of Rosa. But, because she looked at him in the eye without being afraid of him or discriminating him.

Now, you must be wondering how did Merlin respond?

Merlin was up to something else all the time. However, when Escanor was about to get disintegrated due to too much heat of Sunshine. Merlin got close to Escanor, and bid farewell to him with a kiss, to the only man who truly loved her.

The last words of Escanor were, “Yours is a lonely love; the finest wine to inebriate the heart. But I cannot be the chalice that will hold you. O, Lord … I pray that another chalice appears that can embrace that love.”

Well, that’s what we have for now. What do you think regarding the death of Escanor and how he confesses his love for Merlin? Comment your opinions below.

Furthermore, Make sure to follow our Social media accounts for exclusive Anime news, spoilers, and discussions.