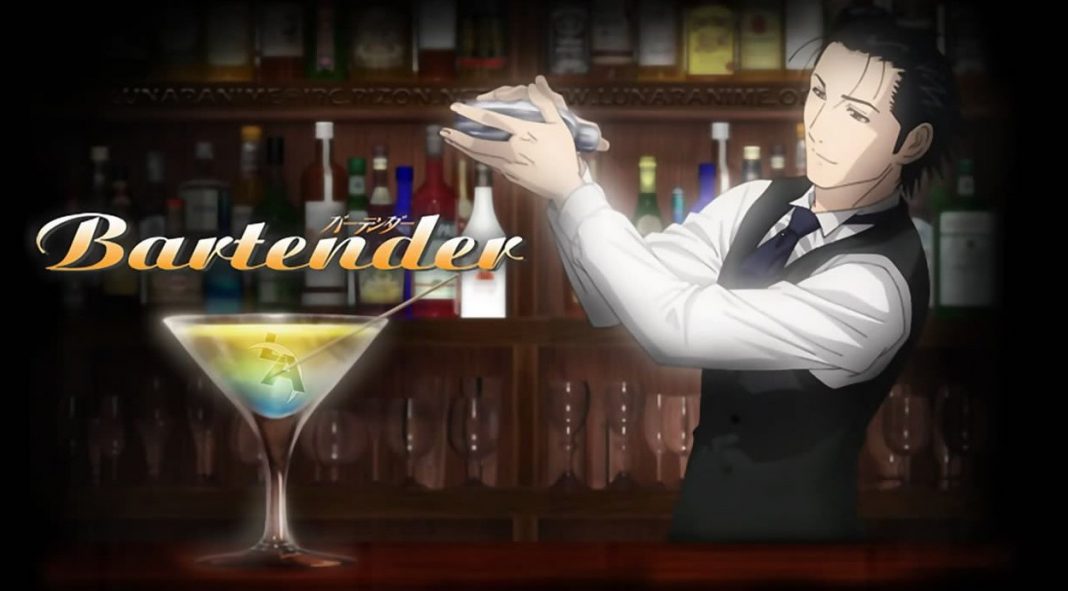 Hurry up and Add Bartender to your wishlist! Moreover Anime Limited and Shout out factory has announced to release of the television anime adaptation of the manga. The writer of the manga is Araki Joh and illustrated by Kenji Nagatomo. Shout out has further released the trailer of the upcoming anime series. It will also be available on Blu-ray disc from January 19.

The anime is expected to release in North America around September. Then it will be digitally launched across all the major entertainment platforms. In its 15th Anniversary Collector’s Edition Blu-ray Disc set in 2021. On the same day, it will be available on the other platform.

Our protagonist is Ryū Sasakura, a Bartender of the Ginza district in downtown Tokyo. He is a prodigy when it comes to bartending. Ryu is known to mix the best cocktails ever tasted by anyone. He worked as an assistant Senior bartender at a bar called Bar Lapin after returning from France. With his skills, he managed to open his own bar, the Eden hall. Rumors have it that one must be invited to the bar and not everyone can avail his cocktails. Sasakura is known to serve as the “Glass of the Gods”

The plot further revolves around other regulars of his bar and another character Miwa Kurushima. She is the granddaughter of the Hotel Cardinal. Ryū is previously asked to compete with the other bartenders in Hotel Cardinal. But is initially rejected by the manager. Later his drink impresses Both Miwa and Taizo(owner of Hotel Cardinal).

Previously bartender has been adapted into an eleven episode anime series. Which was directed by Yasuhiro Imagawa and Palm Studio produced it. Fuji TV broadcasted it airing the first episode on October 25, 2006. Anime limited later announced in MCM London Comic Con 2018 that had acquired the license to release it in North America and Ireland.

The manga was originally serialized in Shueisha’s Super Jump magazine in 2004. It was then compiled into a book and shipped in February 2012.