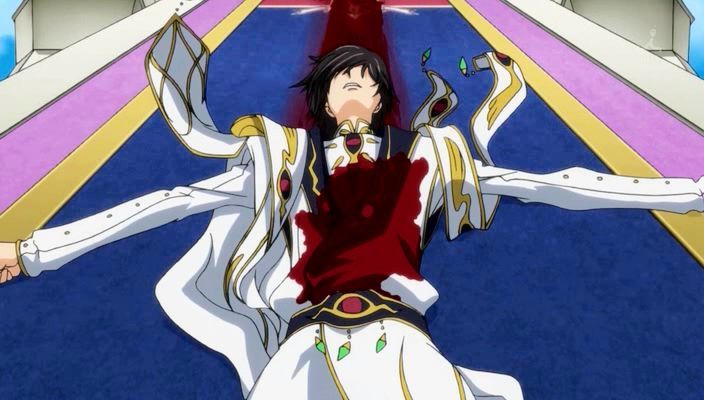 A Brutal Truth of Anime World is that they sometimes kill off their best Characters. It’s heart breaking when your favourite or any other cool character dies. In this list, we are going to check out the shows that killed their cool or most enduring characters.

The cursed life of an assassin is filled with death. So it was not a surprise when the members of the night raid ended up losing their life in a battle. In the battle against the empire, nearly all members of the night raid died. We thought after the death of Mine, Bulat, Sheele, Lubbock, Susanoo, Chelsea maybe the newcomer will walk out alive. But, Tatsumi gave up his life saving innocent people.

No doubt that this nonchalant, indifferent, and lazy character was one of the coolest characters in anime history. He has witnessed more galactic weirdness than anyone else could handle. Spike was a member of the Red Dragon Crime Syndicate and he died fighting the Red Dragon Syndicate. He decided to declare a one-man war against his old organization which leads to his death. At least he went down the most dope way possible. “BANG”. That bang still give us chills.

The rider was an amazing character who believed in conquering his enemies by winning without killing and controlling without being disrespectful. After his noble phantasm is was destroyed by Gilgamesh’s overwhelming power the king of conquerors was left with only tow choices. Either flee or take the fight which will most certainly end with the death of the king. Being a true king, Rider chose to fight and dies like a true hero.

All of us were left with a broken heart when Kamina met his end. This young hothead who was rebellious to the core and a ladies man was the first leader of team Team Gurren. He was equally goofy and awesome. Kamina’s death made the way for Simon to rise and shine as the new face of the series. But it left us with an irreplaceable hole in our hearts.

You couldn’t deny the fact that L was the world’s smartest and oddest detective. His intelligence left all of us speechless. His death was sad but perfectly planned by Light Yagami. We all wish L stayed a bit longer so we can enjoy the amazing brain battle going between L and Kira.

So, Which of these character’s death broke your heart the most? Let us know in the comments below and also mention other anime which killed off their main character.

So, that’s all for today. Furthermore,  Make sure to follow our Social media accounts for exclusive new, recommendation and spoilers. Make sure to read our latest blog: Demon Slayer Kimetsu no Yaiba Season 2 Release Date!

Thriller Anime : That You Must Watch