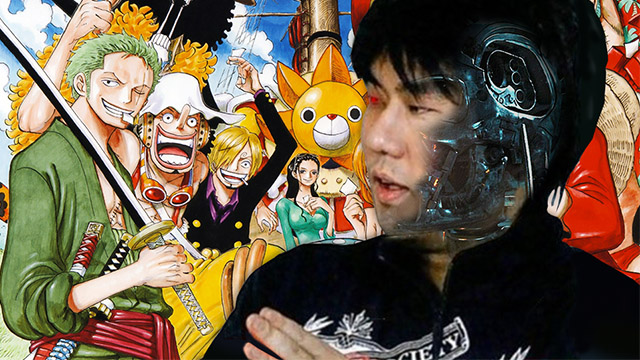 Readers were quite eager for One Piece Chapter 992 to drop. I mean, the manga is nearing 1000 chapter milestones, and every fan is looking forward to this. Moreover, there have been many expectations from the manga since the creator himself was planning to finish drawing the 1000th chapter before the end of this year. However, things might not end as planned due to the author’s serious health issues, Eichiro Oda.

The author of One Piece manga, Eichiro Oda, has been working on the manga since 1997, and as an avid fan of the story, my friends and I used to talk about how the creator never takes a break. But, this year, he took quite some breaks. While some breaks were due to the ongoing coronavirus pandemic, others were health-centric issues.

As usual, I did put a tweet regarding this before it got official. So, give me a follow on twitter if you wish to receive exclusive leaks from the industry.

The next One Piece manga Chapter will release in 13 days. (2 weeks delay)
An official announcement is still due.

The previous chapter of One Piece was in Weekly Shonen Jump’s 43rd Issue, and due to Eichiro Oda suddenly falling Ill. The staff had no choice but to delay the upcoming chapter. Unfortunately, the health problem is quite serious, and hence, the creator took a break for 14 days, i.e., two weeks.

One Piece Chapter 992 will be a part of Weekly Shonen Jump’s 46th Issue. Since there is a really long delay – The series will be coming back with a Color Lead page & cover page.

Series like Black Clover and My Hero Academia gets to be a part of the 44th and 45th Issues with no delays.

Well, I too was on a break from reading One Piece as I was gathering enough material to keep me occupied for a day. But, the hype made me read the manga in 2 weeks. So, after quite a long wait, I read Chapter 990 and 991 together. But, without taking much of your time – I will be only covering up the events of Chapter 991 of One Piece manga –

The chapter was titled, “Let us Die!!!”. And the cover page features, “After 26 years of pleading, his first hug as a father.”

Overall, the chapter was quite good. While Zoro, Franky, and Jinbe are against the idea of XDrake joining the alliance, Luffy accepts him. The battle is still ongoing, Usopp, Nami, Page One, Apoo, Luffy, and Sanji. All of them are still engaged in the battle. Queen, on the other hand, interferes with shooting unusual bullets randomly with a Gatling gun.

Meanwhile, Jack got severely wounded by Inuarashi and Nekomamushi; on the other hand, Kaido intervenes and attacks towards the Nine Red Scabbards with fire blast from his mouth. But Kin’emon manages to cut through the attacks and wounds Kaido’s face. All the members of the Scabbards are now ready to sacrifice their lives to take down Kaido. It seems the creator has some strong plans for the next few chapters. Considering the build-up.

Please look forward to the official release of One Piece manga, chapter 992.

The 992nd chapter of One Piece manga is on a delay, as I mentioned above. So, we have no updates or leaks from the chapter. But If I predicted, then obviously, all the battles are going to continue. The creator might plan something big for Chapter 1000. It could be Luffy’s new gear or a heated up battle. Well, let’s all wish for the creator’s fast recovery for now.

One Piece manga drops a new chapter every Sunday if no delay. And, as mentioned, there is a two-week delay. The chapter should have been here by 4 October. But due to the delay, chapter 992 of One Piece manga has now been postponed. So, One Piece Chapter 992 will release on Sunday, 18 October 2020.

Where to Read One Piece manga?

All the One Piece manga chapters are available on Shueisha’s Manga Plus and Viz’s Official Website. The same goes for the upcoming chapter. To Sum it up, you can officially read One Piece, Chapter 992 on the sources I mentioned above.

I will be adding more on what to expect from the upcoming chapter in the next update.

One Piece is a popular Japanese manga that has been a part of Weekly Shonen Jump since July 1997. The manga is officially available to read in Viz Media. As for the publication, the manga is being published under Shueisha. As of now, the manga has a total of 991 chapters. One Piece 992 will be out soon. Here is a trailer for One Piece –